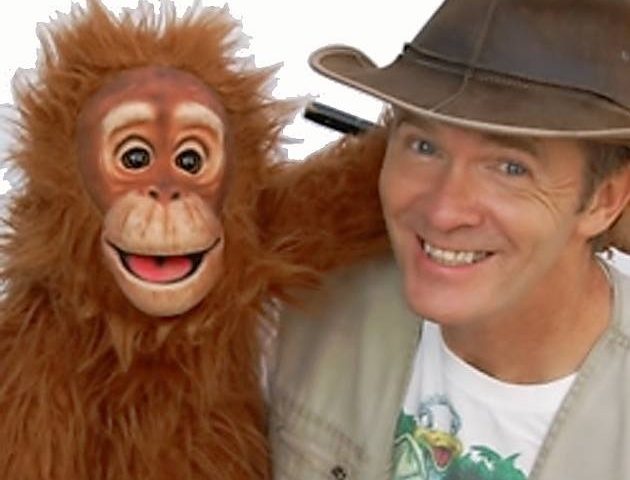 Jimmy Tamley is one of the most sought-after comedy ventriloquists in the world with a huge array of characters which include the comedy classic Lightening Les the underweight boxing champion of the world, Grandad, Charlie baby, Knuckles the biker and Louie the blues. Jimmy is well known for his incredible vocal skills and excellent comedy and characterisation, with his unique approach to the art of ventriloquism he challenges the usual perception of this fascinating art.

A winner of ITV’s New Faces, Jim has worked with some of the nations most loved entertainers, Joe Pasquale, Lenny Henry, Bill Bailey and Peter Kay to name just a few. Some of his corporate clients have included British Airways, Ford, and British Telecom. He has performed at venues such as the British Grand Prix, Number 10 Downing Street, and the Imperial Hotel Las Vegas. Cruise companies worldwide use his show, and cruisers on the QE2, Disney, Princess and P&O will have enjoyed his comedic antics. Jimmy also boasts TV credits, BBC1s Weakest Link with his sidekick Lightening Les, Sky TV, Channel 4 and most recently ITV’s “When Britain First had Talent” with Joe Pasquale.

Jimmy has also developed his “Jungle Jim” show which has over the years gone from strength to strength, touring theatres, holiday centres, community events and corporate functions, throughout the UK

You can see Jim in all his guises in his new show Jimmy Tamley Family Laughter that incorporates two magical shows in one! This show will debut at the Babbacombe Theatre in Torquay on Saturday 25th August at 7.30pm.

Enjoy everything that is Jungle Jim in the first half – A lively, colourful, and interactive show which is suitable for all ages with lots of wild and whacky animal characters and in the second half, Show LIVE & LAUGHING, meet his most popular characters and expect to sample Jim’s talent for turning people into dummies.

Jimmy continually challenges the perception of the fascinating art of ventriloquism with the most entertaining audience participation you will ever see! One of the best technical vents in the world, Jim uses his incredible vocal skills and excellent comedy and characterisation to present a unique show, that every family member will not want to end!

How does he do it? His lips are sealed!

To book tickets to see Jimmy and all his hilarious characters, call the venues box office on 01803 328385, alternatively book online.